skip to main | skip to sidebar

Do not worry about your problems with mathematics, I assure you mine are far greater. - Albert Einstein 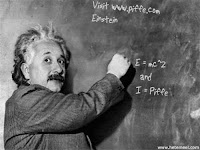 Today I'm going to explain to you a super simple method I've developed for quickly calculating how many of something you can expect to kill by shooting or close combat. I've named it 'Method 216' for reasons that will become very obvious to you when I'm done explaining how it works.

Let's go over a few examples...

1) Space marine firing at a Necron warrior 18" away.

2) 3 Necron Heavy Destroyers firing at a squad of Space Marines.

3) 12 Necron warriors shooting at a unit of Terminators less than 12" away.

Necrons need 3+ to hit, 4+ to wound, and Terminators need a 2+ to save. Necrons get double number of shots since they are within rapid fire range.

Once you have done this a dozen or so times it should become very easy, and you should be able to figure it out during a game quickly using the calculator that comes with your cell phone.

That's it for today, hope this helps you crush your foes in battle, let me know if you have any questions. In the future I'll post some more advanced Mathhammer concepts.